Near death experiences can't take away from beauty of Sacred Valley

Since my last blog post, I have had several more near experiences due to neurotic drivers in Lima and Cusco, but the beauty of the Sacred Valley of the Incas has all but wiped away the scariest street crossings of my life.

We left Lima on a 20 hour bus ride to Cusco on Tuesday, Jan. 15, and though we did not have the opportunity to go to the beach in Lima, we were able to see the beach and the desert from the bus. When I woke up early on the morning of Jan 16, we were swirling down the mountains in the Andes.

My head was pounding and my stomach mimicked the movement of our bus, but it was one of the most incredible sights that I could possibly have hoped to wake up to. The altitude sickness that I was experiencing was crippling, so I drifted in and out of nausea-induced dreams until we reached Cusco - where I continued to have a pounding headache.

We had lunch at Greens Organic Restaurant - located near the Plaza de Armas at Santa Catalina Angosta 135. I wasn't even hungry when we arrived because I was feeling so ill, but after smelling the food for a few minutes, I knew that I'd kick myself if I didn't try something there.

In an attempt to alleviate my headache I had a juice made with strawberry, lemon, apple and coca nectar. The sweetness was perfectly balanced, and the pressure on my head subsided slightly from the coca.

For my meal, I went for the alpaca wrap - the marinated and grilled alpaca was complemented by mushrooms, tomato, red onions, cilantro, lettuce and a homemade rocoto mayonnaise. The wrap came in an herb pita bread that was soft as a pillow, and it was drizzled with a balsamic glaze.

I feared that alpaca would be gamey tasting, but it was more on par with a mild beef flavor. I can't wait to return to Cusco so that I can try it again!

After lunch, we walked through the market (Mercado San Pedro, located within a short walking distance from Plaza de Armas), which is primarily sectioned off by types of merchandise (textiles, produce, carved products, meat, food stands, etc.).

There were more varieties of corn there than I have ever seen before! Black, red striped, blue speckled, round kernels, thin pointy kernels, and large spiky kernels were just a few of the characteristics that we saw. The beans were displayed in just as many varieties, and I even saw a squash that was twice as large as a pumpkin - with a dark green skin and yellow on the inside.

We then traveled with my mom's friend Alejandro to Pisac, a much smaller village in the heart of the Sacred Valley of the Incas. We drove into the valley after dark, so the following morning I got the surprise of a lifetime when I saw the rolling green mountains carved with terrace gardens. It is hard to describe the overwhelming sense of awe that i felt upon climbing onto the roof of our hostel that morning and seeing 360 degrees of lush, green vegetation.

We spent the day going to a conference where my mom, Percy Schmeiser, Emigdio and Alejandro spoke about the detrimental side effects of Genetically Modified Organisms, then went to lunch at Alejandro's house. We stayed at the Puma Orca hostel for a second night before returning to Cusco to stay at the Hostel San Blas, close to the Plaza de Armas.

Well seeing as this post is already running on, I will save the rest of our time in Cusco for the next post. 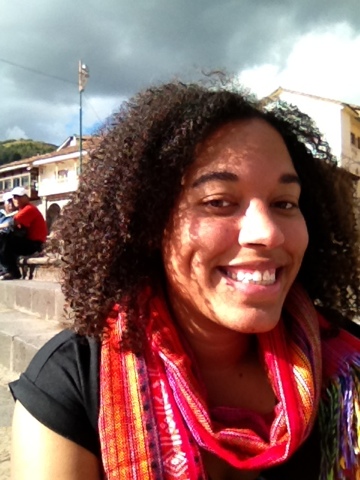 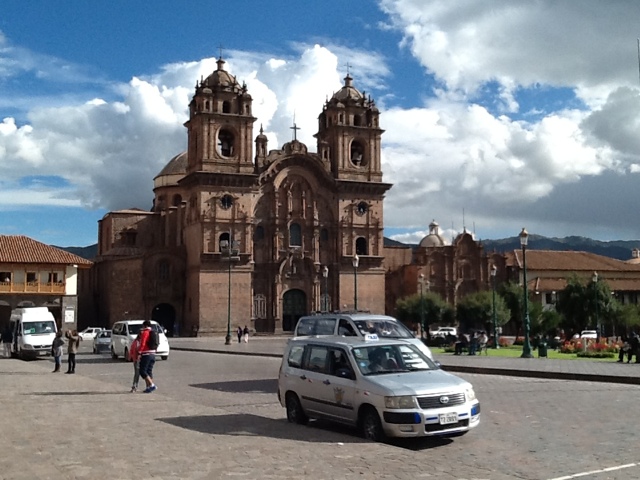 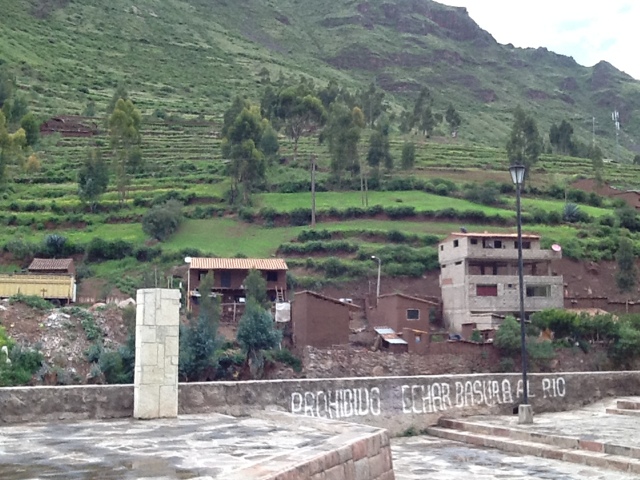 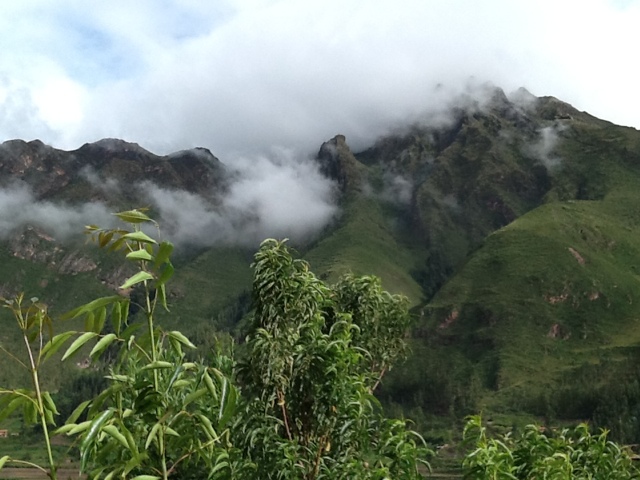 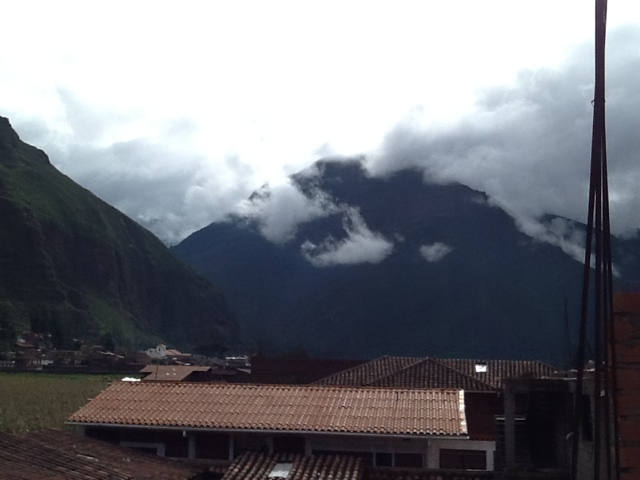 Lil' Mike said…
Very well written, Lauren. It makes me want to visit Peru and eat Alpaca, cuy, and corn. I can't even imagine that many varieties of corn and your description is so vivid and exciting it immediately reminded me of the poster of corn varieties that they had hung up on the wall of the Franklin DC at Umass. On another note, I think you should just start chewing coca leaves instead of drinking coca infused beverages intermittently. Altitude sickness can be annoying, but that is my humble opinion. Are you afraid of its connection to cocaine? Don't worry, word to the wise: it takes a Kg of leaves to make a gram of coca paste. That is an absurd amount of leaves!! Safe travels, and can't wait for the next post.
January 24, 2013 at 9:07 PM

Lauren J. Mapp said…
Thank you Tina and Mike for your comments!

Mike - did chew leaves and drank coca tea while on my trip and that did wonders for my altitude sickness. I wasn't afraid of the connection to cocaine, I had read and heard about its medicinal uses before the trip.
March 1, 2013 at 3:50 PM