Of Mice and Men....or Of Guinea Pigs and Women

We have finally arrived in South America, and thus far, my opinion is somewhat mixed.

We had an incredibly friendly shuttle driver, then an uber confused cab driver who had no idea where he was going. We've encountered some sweet people and others who will trample over you walking down the street.

The drivers here are horrendous - they speed through the streets, totally disregard stop signs/lights, cut people off and whip around corners like there is no tomorrow. Every time you walk across a street, you're taking your life into your hands, as drivers will not slow down when they see you.

For the most part, Lima seems to be pretty nice - despite the overhanging smog all around the city. Our apartment is really cool - a 3 bedroom, 2.5 bath place at the Wasi Apartments in the Miraflores district.

There is a full living/dining room and a kitchen. It is walking distance from the hub of the area and there is a great breeze that rolls through from the ocean.

We walked around the city yesterday looking for the bus station to buy tickets to go to Cusco today. On our way, we stopped by a little market where I found an alpaca blanket, and the market was filled with engraved gourds, blankets, shawls, ponchos and other souvenirs.

For dinner last night, we went to the El Tigre Restaurant, located across from Kennedy Park in Miraflores at Calle Lima 359

Apparently any foodie that goes to Peru "needs" to try the cuy - guinea pig - so that is what I had for dinner last night. At El Tigre, the cuy is served with rice and golden roasted potatoes.

Nobody warned me that the cuy would be a whole animal, splayed out and deep fried on a plate. It looked incredibly unappetizing, but it literally tasted like fried chicken. It doesn't have a lot of meat on it, so if you are really hungry, I would suggest getting an appetizer of some sort.

My mom and our two traveling partners had the Pollo Milanese with rice and salad - the chicken was perfectly crisped on the outside, and juicy on the inside. My sister Lavina had a salad, and my brother Mitchell had a hot dog with cheese on a French roll - which was surprisingly tasty.

Anyways, we leave on a 20 hour bus ride to Cusco later today, so I will most likely not be updating or posting at all between now and then. 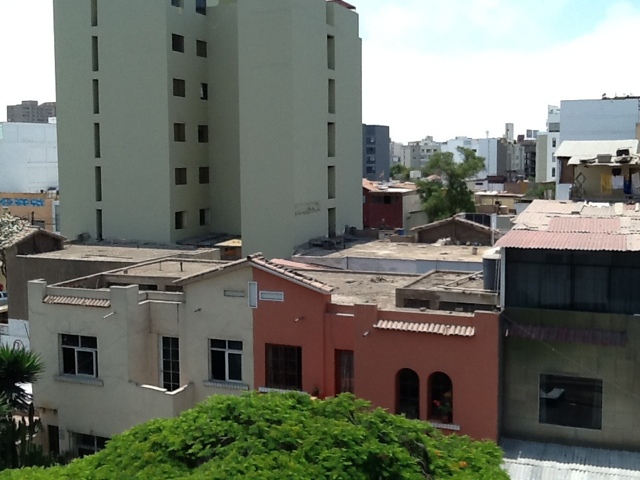 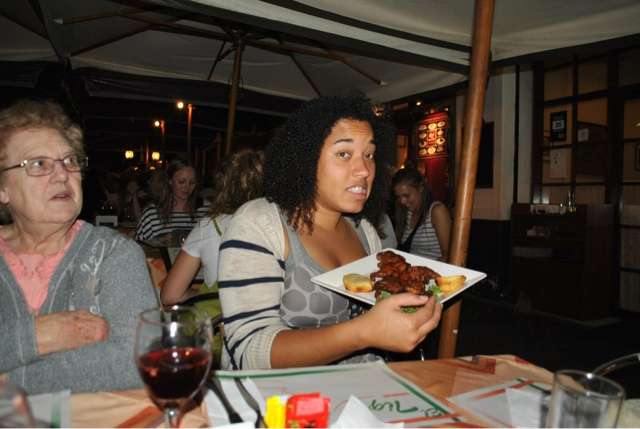 Lil' Mike said…
Allinallachu, amigay? The moment I read you have to run across the street reminded me of South America and made me smile! Ah, how I miss it! Yes, there are many nuances of South America you must learn and I fear 3 weeks is far too little to not only learn but appreciate. And 20 hr bus rides! How I remember those. Hopefully you'll take the overnight ones because they are long ass bus trips and enjoying the scenery doesn't cut it to take a day trip, lol! Can't wait to hear more of your culture shock stories! Yes, the more you experience the more American you'll realize you are. Be safe!
January 15, 2013 at 8:33 AM

Lauren J. Mapp said…
It is nice hearing from you, Mike! I agree, 3 weeks is really short, especially given that we're going through 3 countries and have obligations to certain conferences. We have only had 1 full day and 2 half days in Cusco, and I fear there is so much that we are missing in this amazing and historic city. Tonight we leave for Bolivia and will be in La Paz around 10 a.m. tomorrow morning. We'll have about a week or so in Bolivia, and I think we'll be pretty centrally located for the most part.
January 19, 2013 at 2:29 PM