My Humble First Steps Into the World of Food Carving

Since my last post, I have begun (ever so ungraciously) to stumble into the amazing world of food carving. With award-winning food carver Sue Wagner as a beacon of light into a culinary dimension I know very little about, I have painstakingly carved the pieces shown in this post. 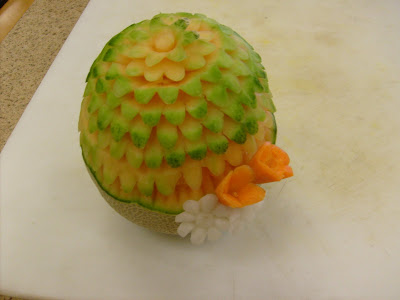 My first ever food carving. Features a
Cantaloupe Dahlia with a turnip daisy
and carrot tulips. 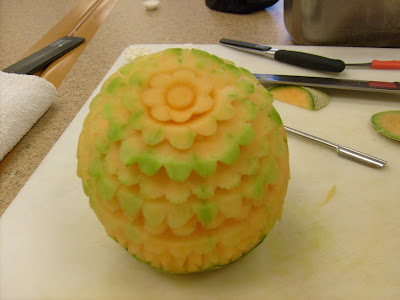 My second Cantaloupe Dahlia. On this one I
used the serrated tool for the rows
of petals in the center. 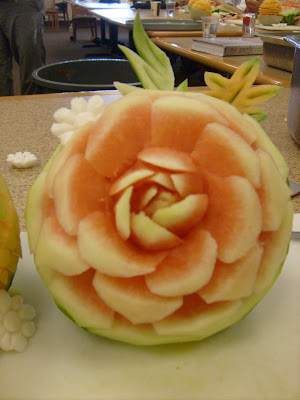 My first Watermelon Rose, adorned
with 2 melon rind leaves and a turnip daisy. 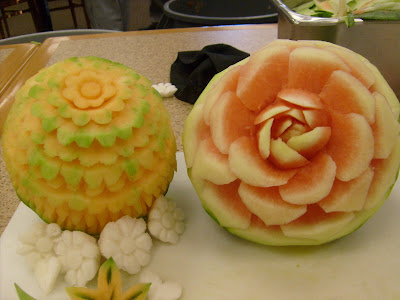 Another shot of the 2nd Dahlia and the watermelon
together with turnip daisies. 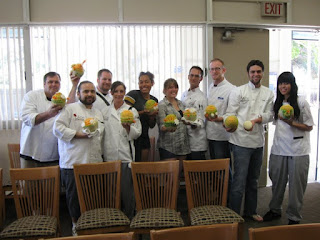 Ok, so I know they're not great, but they're a start. Hopefully, I will have some new pictures to display in the near future. Until then...

P.S. Though this does not constitute as a 'food carving', it is a centerpiece. Our class created this pulled sugar tree adorned with hummingbirds as a group project. My humming bird is the one featured in the bottom picture with the white body and lime green wings. 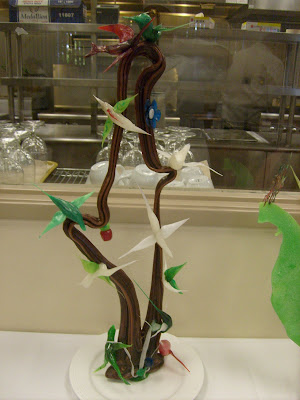 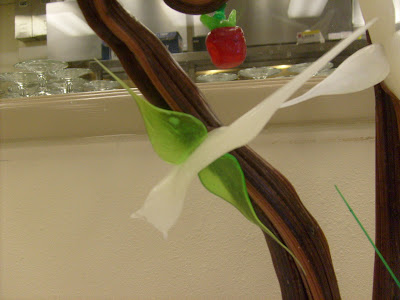